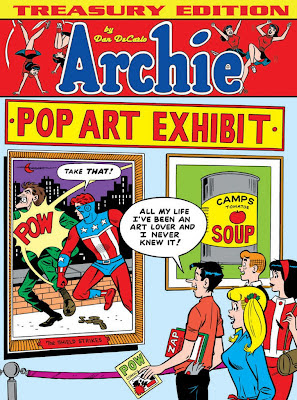 When I was a kid, I'd go to bed at night and have a recurring dream. In it, I'd stumble upon a stash of gigantic, over-sized comic books.

I'd loved comics since my Uncle Billy took me to the corner store and gave me a nickel to buy a funny animal title missing half its cover. I soon graduated to DC superheroes and then, gloriously, to the Marvel universe.

In that wonderful dream, I’d spread out a stack of super-sized comics featuring Spider-Man, The Fantastic Four and Captain America. I’d devour page after page of extra-large, dynamic comic adventures. What a dream.

I’d always wake disappointed that, as far as I knew, no such thing existed. I’d have to settle for the roughly 7 by 10 inch books that fit comfortably in the variety store spinner racks.

When I discovered the plus-size DC and Marvel Treasury Editions, published in the 70’s and featuring Superman, Batman, Spider-Man, and Thor – just to name a few – I was in heaven. At 100 pages each, these truly were treasures. To be able to see Jack Kirby, John Romita and Steve Ditko pages at nearly the size they were drawn was amazing – and a real eye-opener for someone who liked to draw.

But as good as those Treasury Editions were – and they were great - they couldn’t quite match those magical issues encountered in my dreams. I’m not sure why. Maybe it was the newsprint-like paper stock used at the time, which led to the images of one side of a page bleeding into the other.

Last week, I happened upon the just-released Archie Treasury Edition from IDW Publishing. I had no idea this was in the works. Wow. The book is 13” by 9¾” and the cover and paper stock are outstanding. The vibrant colors leap off the page. Sixty-four pages of Dan DeCarlo stories originally published from 1957 to 1967. For only $9.99. The quality of this product is among the best I’ve ever seen. This is what I’d dreamed of those years ago.

IDW has published an outstanding series of comic strip reprint books featuring characters like Rip Kirby, Terry and the Pirates, Little Orphan Annie, King Aroo, Dick Tracy, and Archie by Bob Montana. They’ve also put out a series of great hardcovers featuring stories by specific Archie artists, including DeCarlo, Harry Lucey, and Stan Goldberg. The relationship IDW has forged with Archie Comics is resulting in some great stuff for lovers of classic comics. I’ve grabbed them all. But this Treasury Edition is my favorite so far, and I highly recommend it.

As I’ve pored over these newly reprinted tales of Archie, Jughead, and Betty & Veronica, I can’t help but wonder what it would be like to see classic Marvel Comics characters given the same high-quality treatment. 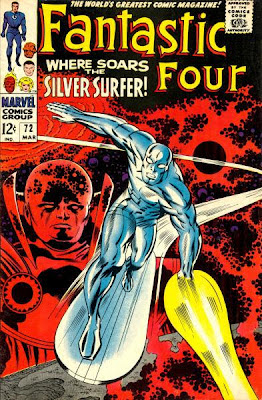 Can you imagine Kirby’s FF in this format? Or Romita’s Spider-Man? IDW has already teamed with Marvel for their Artist's Edition series. Would the two companies consider working together to bring about super-sized, vintage Marvel comics?

Well, I can always dream.